For more info and self help: https://genesis3dx.com/breast-cancer-awareness/

Last year Genesis3DX Sponsored & helped raise over $4000.00 & helping again for all families in need. Genesis3DX is fundraising for National Breast Cancer Foundation so no one has to navigate breast cancer alone.

You can support and help Genesis3dx reach their goal by making a donation through this page—the process is fast, easy, and secure.Thank you for your support! Together, we are giving the gift of hope to women and families in need.

If you can donate please donate to this direct link: 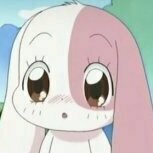 A City Of Lustful Wonders

in 1969, man stepped on the moon, setting forward a new age of technology years later the scan of the moon was completed, warning a sign of life, when the alarms set off, the next mission of mankind started, exploring the darkside of the moon, a civilization created on the transmissions of human culture, but only bits n pieces, the sounds, sexual interests, & other aspects of humans, adding with alien tech has founded a sci-fi city to explore

Select A Song From Our Musicbox
Plays While Browing This Site
×
×